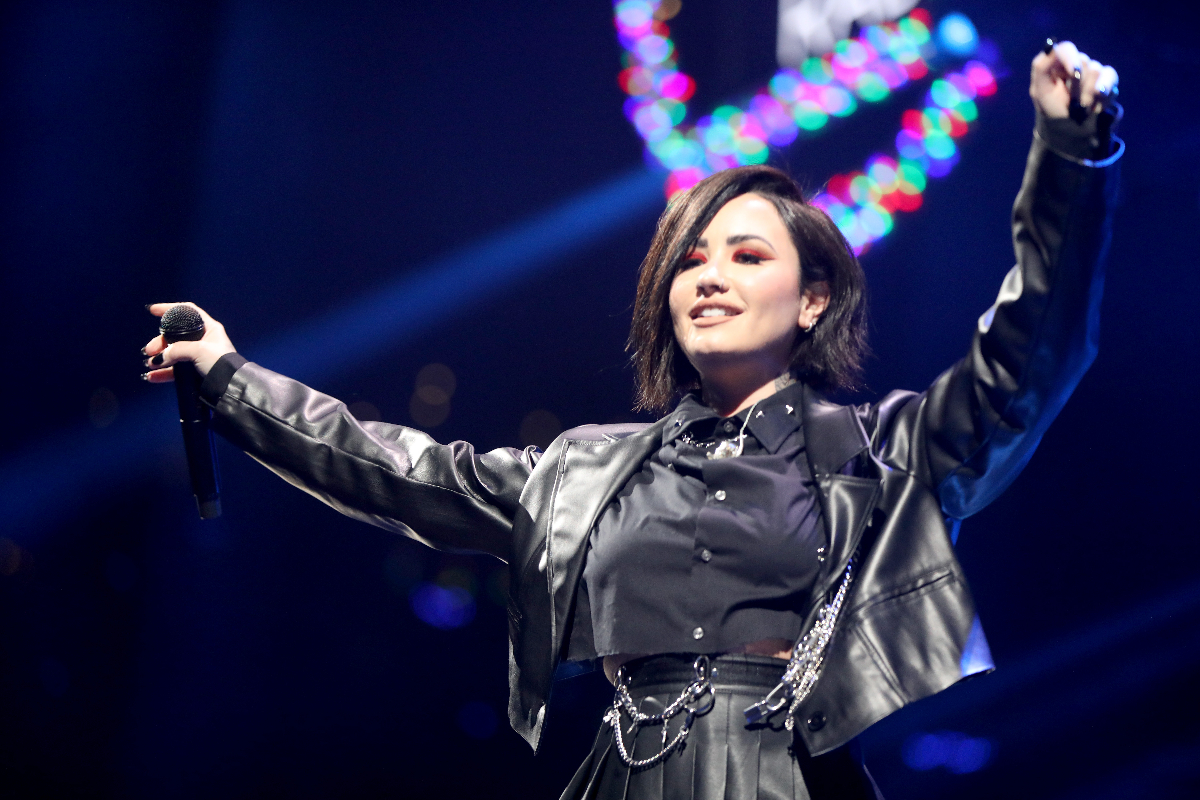 A regulator in the UK has banned a poster of singer, songwriter and actress Demi Lovato after several complaints that the display on the banner of a graphic image of the star adorned in a bondage-style outfit lying on a large Upholstered bed in the shape of a crucifix was attacked.

To promote her new album, Lovato’s poster featured her record cover with a title reading “DEMI LOVATO” and “HOLY FV**”, which is the title of the album.

The Advertising Standards Authority, a self-regulatory watchdog that regulates advertising in the UK, has announced that it has received four complaints about advertising from Universal Music Operations.

The watchdog said the title of the musician’s album alludes to a dirty word. To associate these words with the image of Lovato in a bondage-style outfit could be seen as an attempt to combine sexuality with a sacred symbol.

After an investigation, the authority concluded that the ad violated the code because “ads must be prepared with a sense of responsibility and must not contain any material likely to cause serious or widespread offense.”

“We considered that the image of Lovato bound in a bondage-style outfit while lying on a crucifix-shaped mattress, in a position with her legs bound at one side…reminiscent of Christ on the cross, as well as the reference to ‘Holy Fv**’,” wrote the ASA, which also monitors online advertisements.

” In this context, [the poster] was likely to be seen as linking sexuality to the sacred symbol of the crucifix and crucifixion, [and] was likely to seriously offend Christians. »

The ASA ruled that the language used in the ad was likely to offend adults with children because it alluded to the phrase “holy f—”. Some complainants questioned whether the posters had been irresponsibly placed on sites in London where children could see the adverts.

“We considered that the ad was likely to be viewed as referring to a swear word that many would find offensive and appeared in untargeted media and a public place where children were also likely to see it,” said the ASA.

“We considered that the advertisement was likely to cause serious and widespread infringement and was irresponsibly targeted.”

Lovato, currently recognized for her work as a musician, began her public career as a young actress in the children’s television series “Barney & Friends”. She rose to fame playing Mitchie Torres in Disney’s musical film ‘Camp Rock’ and its sequel ‘Camp Rock 2: The Final Jam’.

The musician has released several studio albums. In August 2022, his latest album SAINT FV** was chosen as No. 1 on Billboard’s Top Rock and Alternative Albums. The record also made it to the top 10 on the Billboard 200 chart and top 5 album sales chart.

Following the success of the album, the star took to Instagram in August to express her gratitude to her supporters.

“HOLY FV** takes me back to my roots. It’s a body of work that unapologetically represents me and I can’t wait to perform it on tour for you guys,” she wrote.

Polydor Records, a division of Universal Music Operations Ltd, expressed support for the album cover and poster, stating that “the poster primarily featured artwork from Lovato’s new album and was designed to promote the ‘album”. Polydor Records “did not believe the poster would cause serious or widespread offense”.

Prior to publication, Polydor Records reportedly verified with the agency that the poster was appropriate for the proposed sites. And the agency responded with assurances that it was, and Polydor moved forward with the ads based on that.

However, ASA ruled that “the ad must not reappear in the offending form unless properly targeted.” ASA “has asked Universal Music Operations Ltd to ensure that their advertisements do not cause serious or widespread offense in the future”.

Lovato came out as “pansexual” in a March 2021 episode of Joe Rogan’s podcast, saying she’s attracted to “everything, really.” She claimed to have hidden this identity for many years due to her Christian upbringing.

Nicole Alcindor is a journalist for The Christian Post. She can be reached at: [email protected]

Join thousands of others to get the FREEDOM POST free newsletter, sent twice a week by The Christian Post.